I took the Westies out for their walk first thing, and as soon as I  got out of the car I was hit by a biting wind, the type of wind that just cuts straight  though you, so it was good to get back to the relative warmth of the car. Back home for a cuppa, and while checking my e-mail, the sun started to put in an appearance, so decided to make the most of it and set off in the car again.
Its a while since I've seen Black Grouse so made that my target bird, and headed off for Hartside and the road beyond where I've sometimes found them. At Hartside summit I went for a wonder on the fell, but didn't wonder for too long. The wind was cutting down near Penrith, up there at 1904ft it was absolutely freezing. I gave a few areas a try as regards Grouse but saw neither Black or Red
The trouble with roaming round in the car, you tend to try and do too many things at once. To start with, there is the narrow winding-twisting roads to contend with,  and at the same time you are on the look-out for birds and wild life. On top of this you have to keep an eye on your mirrors, to make sure you are not holding any traffic up, that would sooner be going much faster, and have no interest on what is on either side of the road.
Its much easier of course if there are two of you, as one can be the spotter while the other keeps the car on the road. Of coarse all this changes when the spotter suddenly shouts stop, stop, stop, at the higher end of the decibel range, then all hell breaks loose.
On my own though today, I had to suddenly check my mirrors when I saw what was a large flock of Starlings in a field 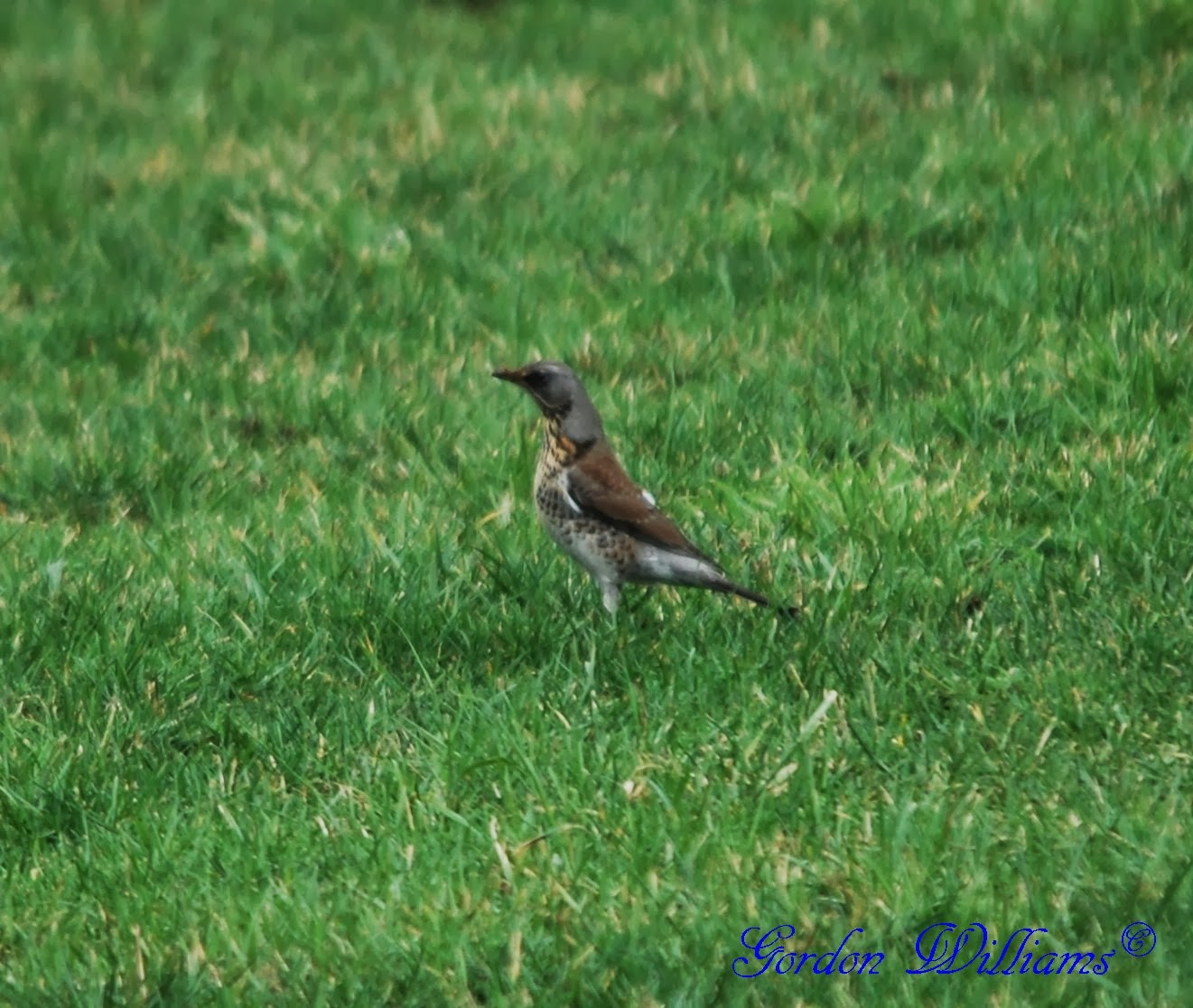 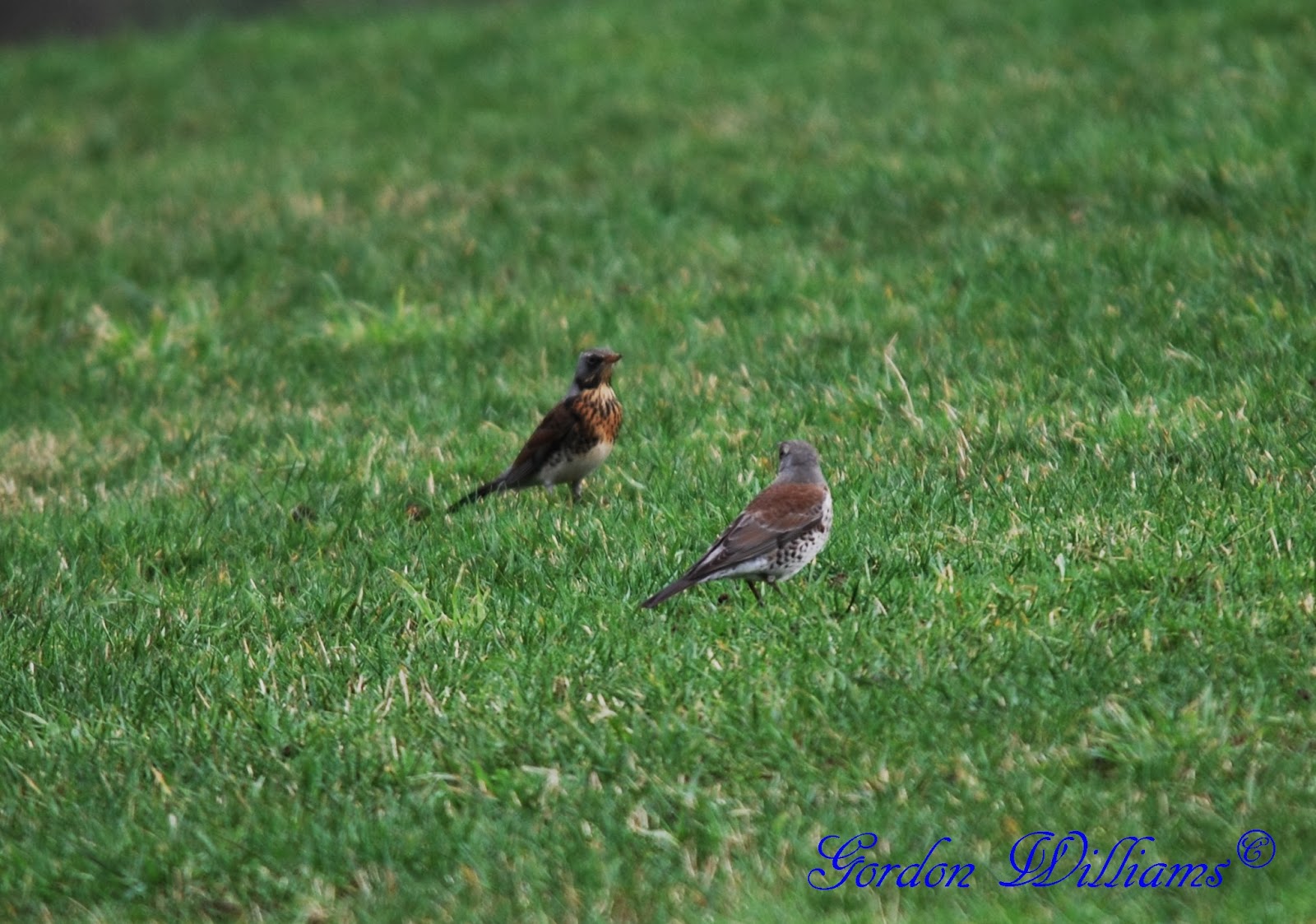 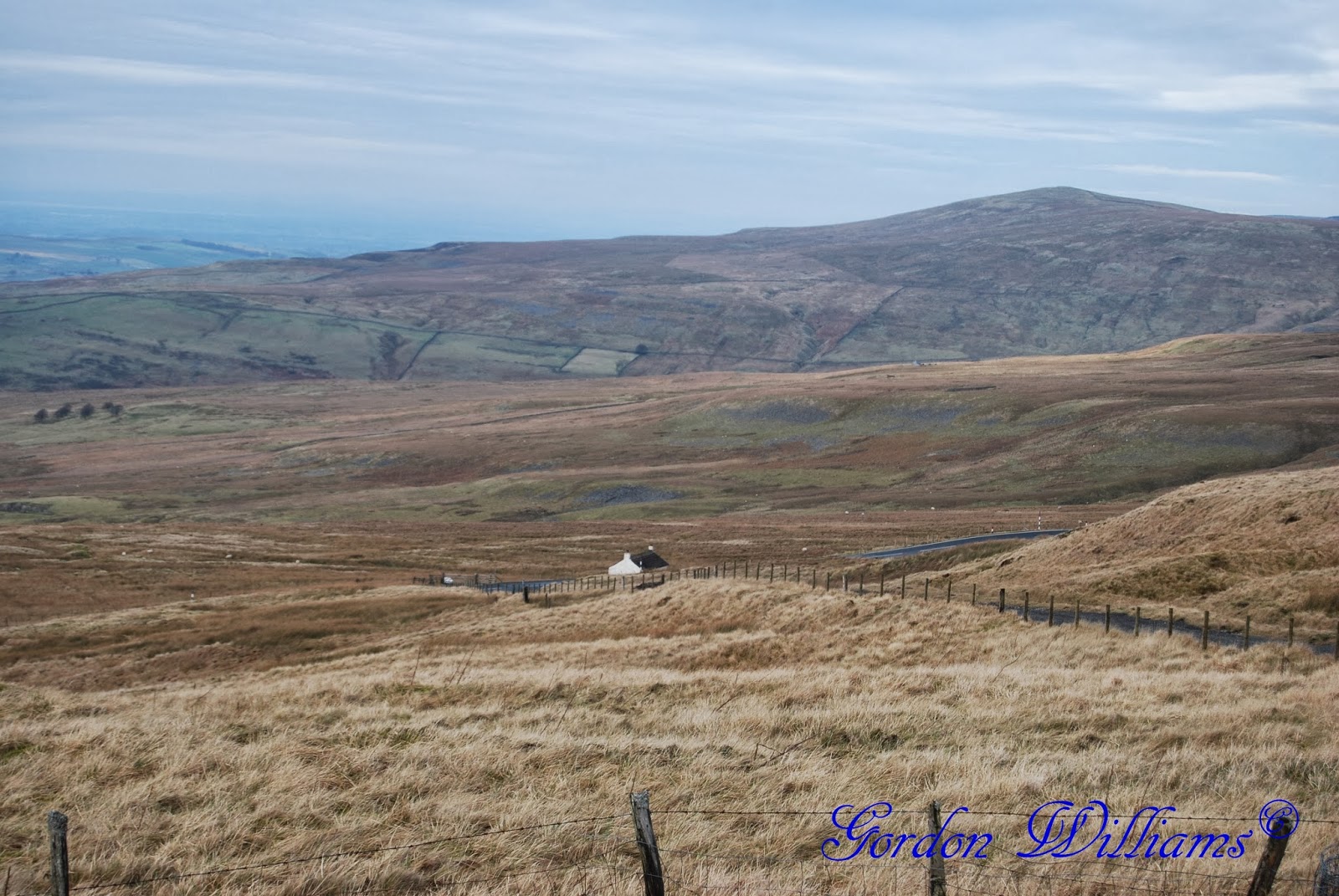 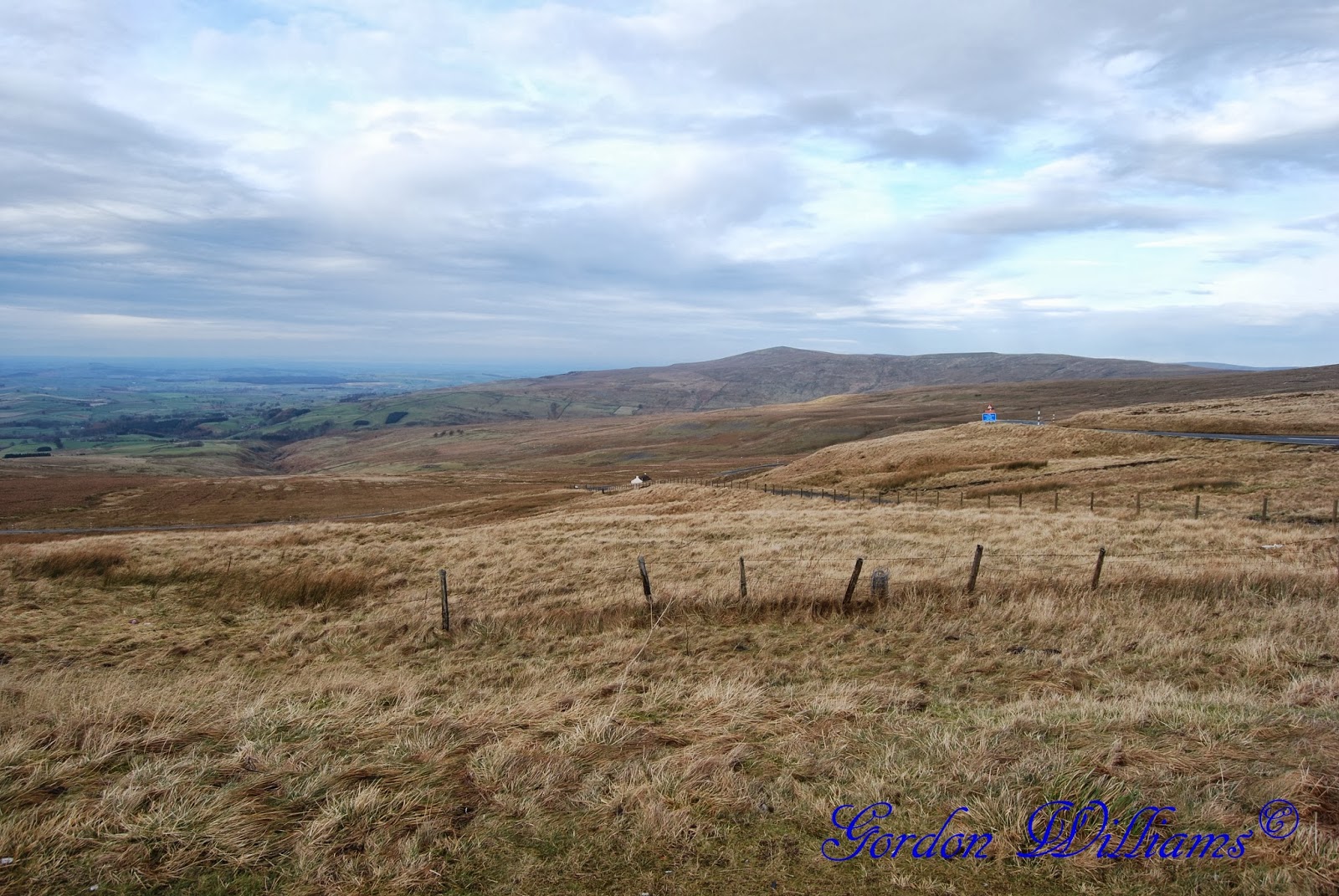 Linking to  Stewarts Wild bird Wednesday, at, http://paying-ready-attention-gallery.blogspot.co.uk/
Posted by Gordon at 15:51 27 comments:

A frustrating walk around the patch

Another frosty sunny morning and after taking the dogs out and a bit of shopping, I made my way up to the patch. My first thoughts where to give the big hedge a going over, I like to move South to North as the sun and lighting are better as regards photography. Well that turned out to be a joke, the place was busier than the M6, for a start every Dog and its owner was there, then it was every dog, its owner and a push chair was there. Every time I put lens to bird they disappeared faster than Paul Daniels could say "not a lot".
So I headed off up to the top track and the flash, where I found this little lot.
After leaveing the top track I doubled back to give the big hedge another go, on the first viewing, the Reed buntings where still about and a small flock of Goldfinch but where disturbed before I could get the lens on them. Now on this second visite I found a few Greenfinch. 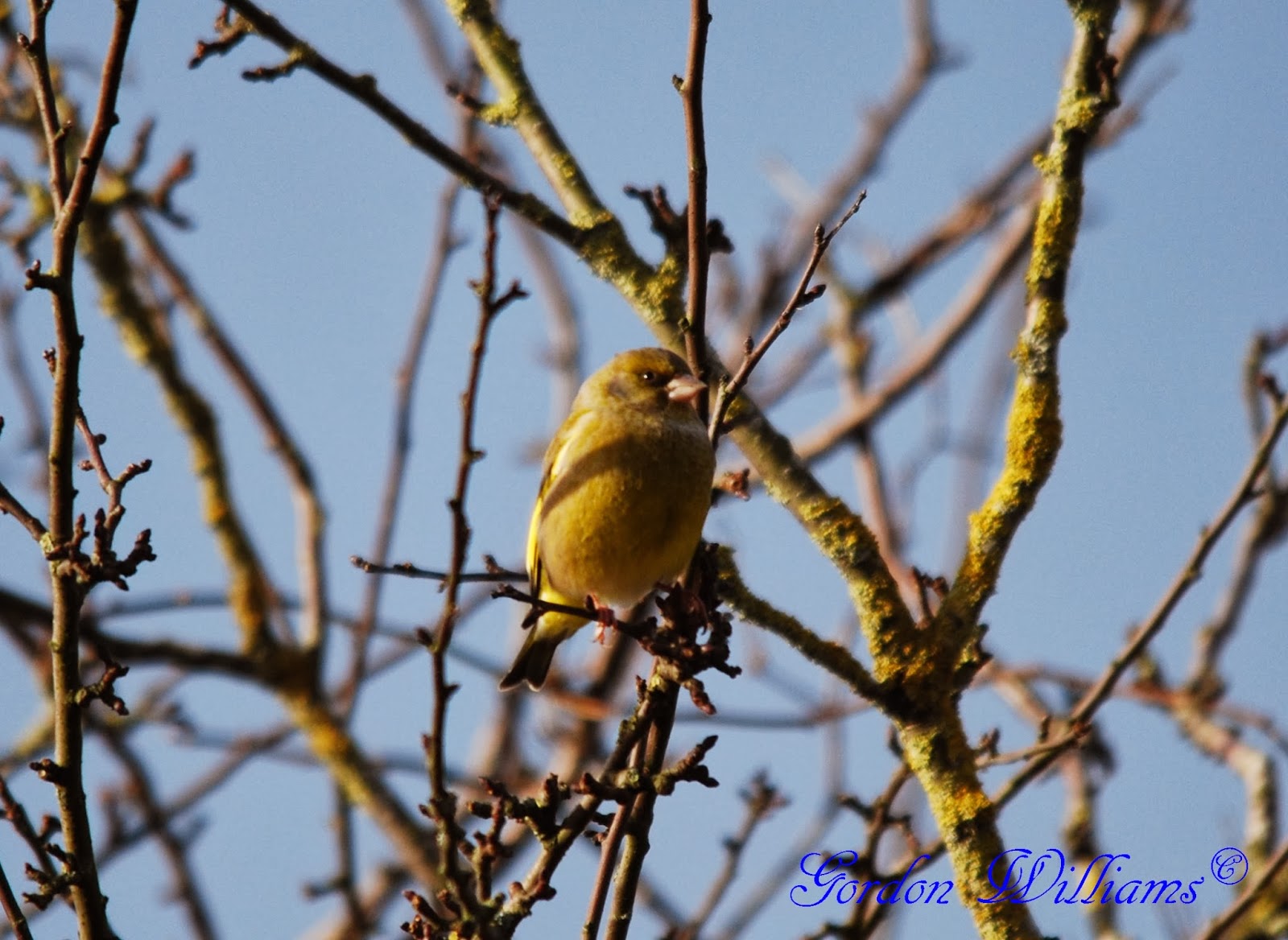 Linking to Stewarts wild bird Wednesday at --http://paying-ready-attention-gallery.blogspot.co.uk/
Posted by Gordon at 18:01 17 comments:

So as the sun shone for the second day in a row !!! I didn't want to miss it, and grabbing the lens and the bins I set off for the reserve. On the main pool there was the usual gang of Mallard waiting for any human being kind enough to turn up with half a bakery, only to realise within seconds if anyone did, that they would have strong opposition from the gulls, that seem to appear as if by magic. I swear they have some kind of radar that says food alert.
The above moorhen was spotted lurking on the edge of the sedge, and at one point was observed actually climbing up the sedge. I thought Circ Du Soleil for you mate.
I continued on, heading for the big hedge, and the first bird my bins alighted on was this-----

As I moved along the hedge more started to appear mixed with Chaffinches, its quite a while since I've seen so many Reed Buntings in one area, in the length of the path there could have been a dozen. 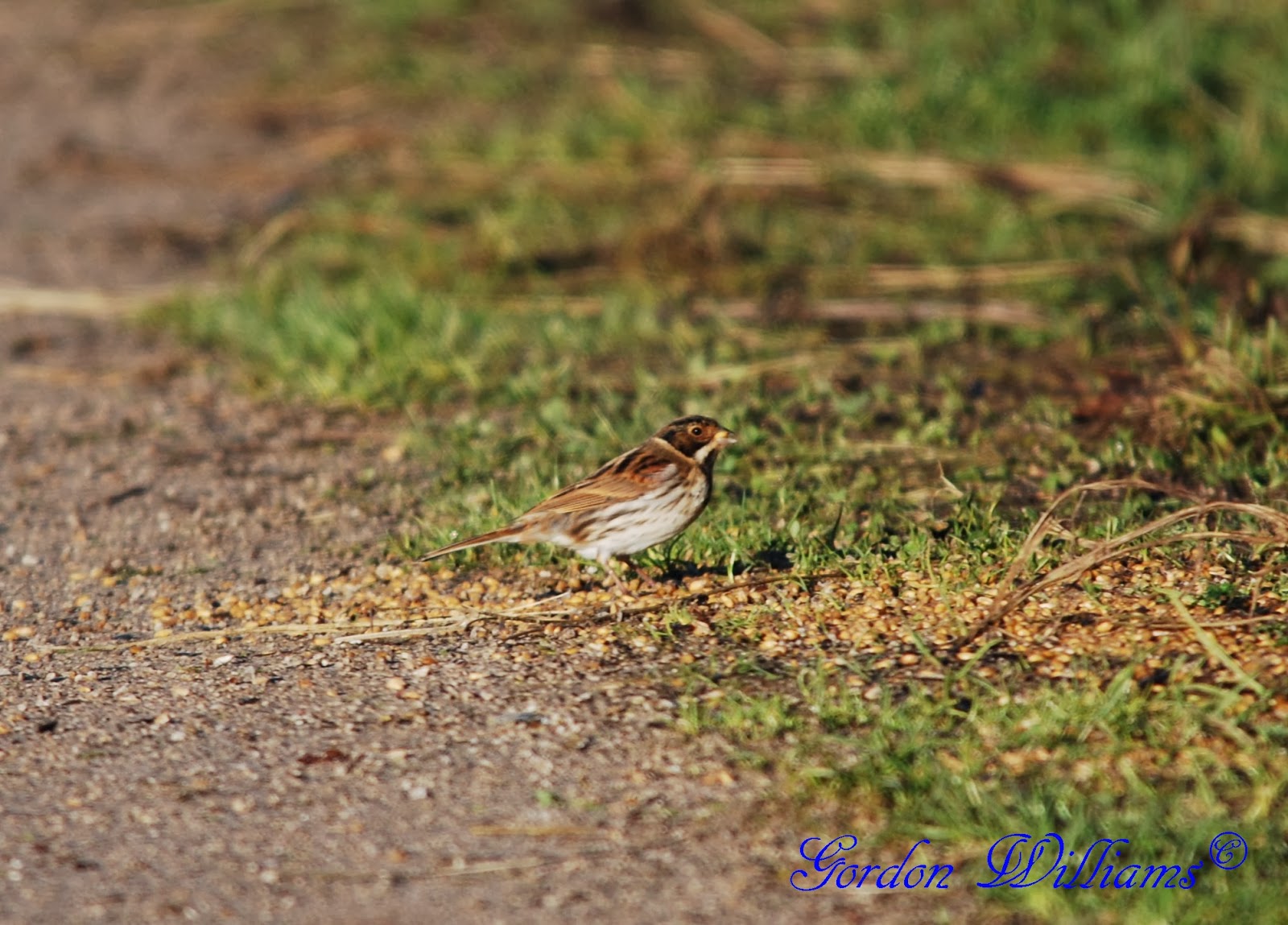 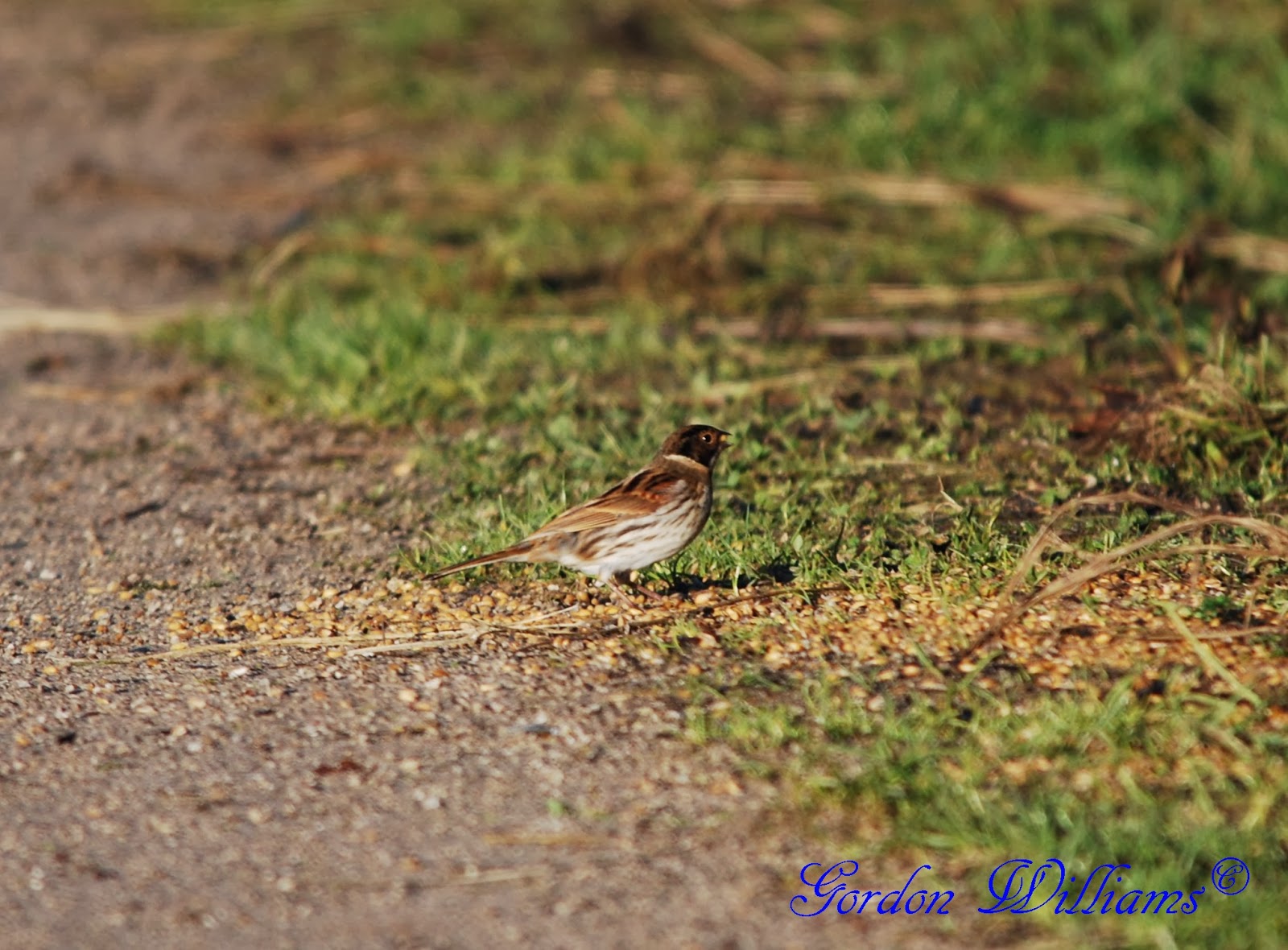 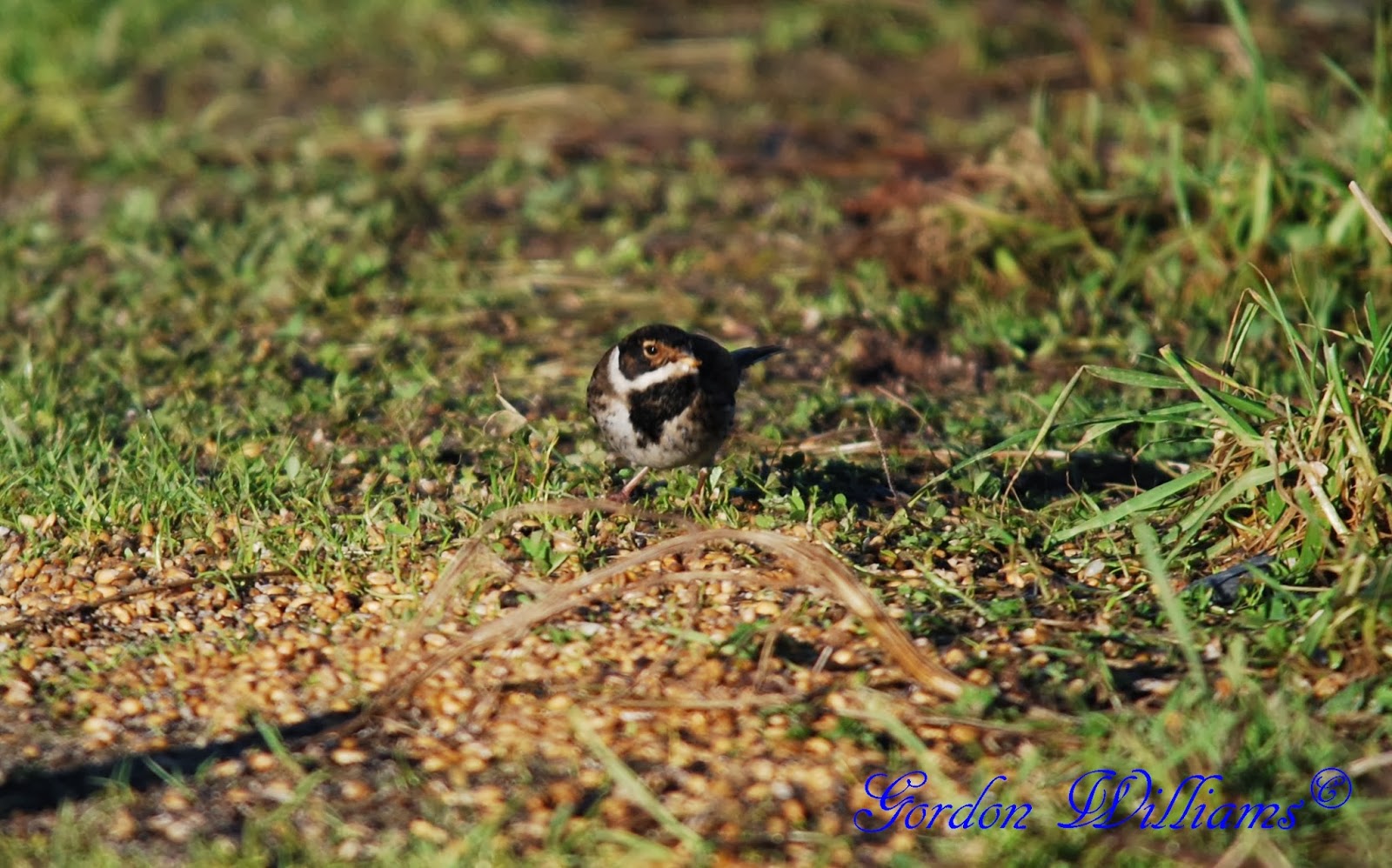 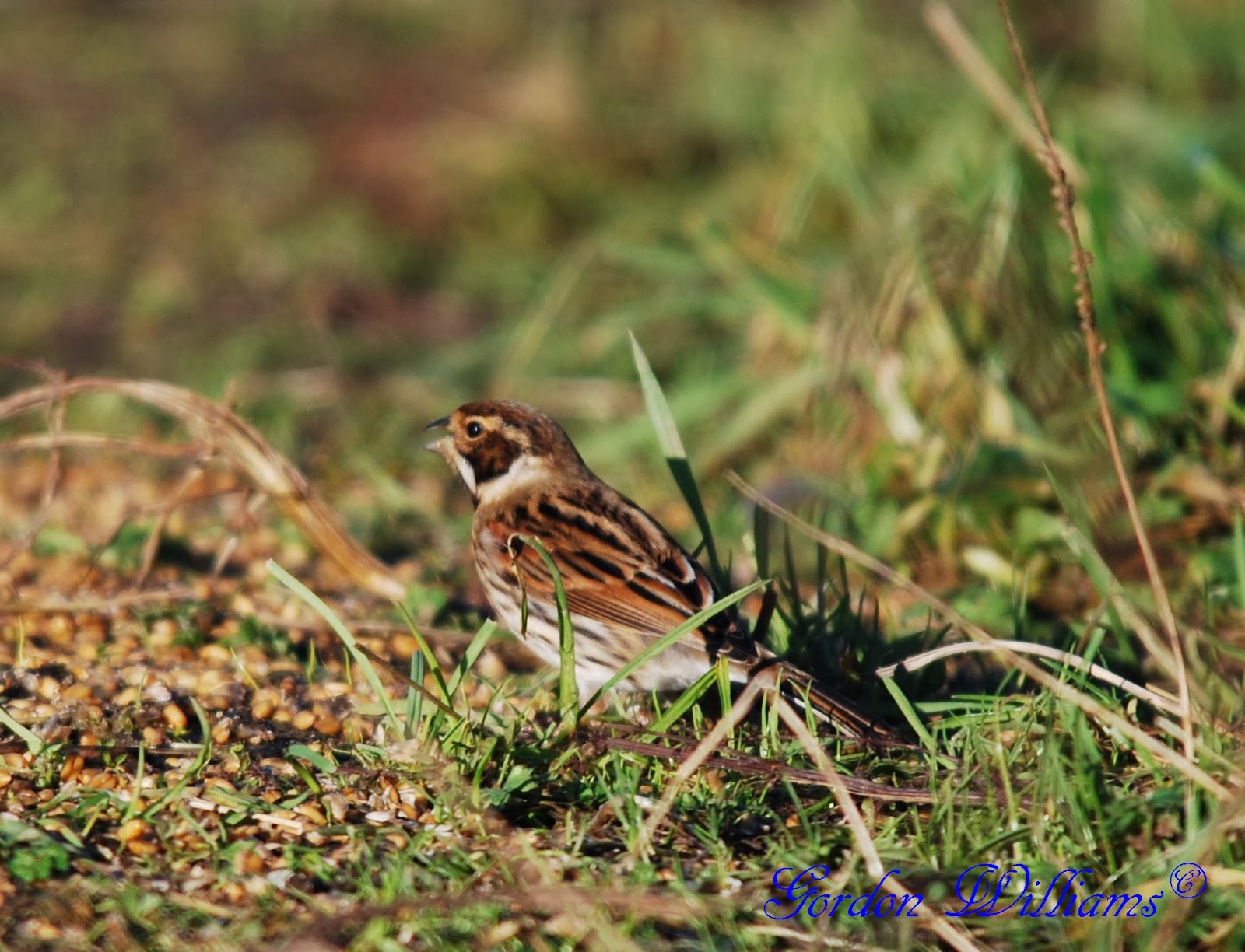 Again all these sightings where due to the fact that someone had put seed down. I have to say at this point, that one or two dog walkers have been know to complain about the seed, saying
it makes there dog sick. Don't feed your dog seed then.  Its a nature reserve for fricks sake.


To the North of the reserve all the grazing fields are like water meadows, and the railway path is awash with mud and water.

The SUN shone today wow!!!, while other part of the country still suffered more rain and more flooding, at least we had a respite from the onslaught. So I decided to have a walk round the patch to see what was about. firstly I walked round the Thacka beck reserve, and as expected the water levels where very high, there was the usual dozen or so Mallard, and also a good mix of gulls. These included Common gull, Black-headed gull, and Herring Gull.

Some time was spent covering the sedge looking for snipe, but the water level was too high for them, the only thing I picked up was this lone----

I continue my wonder heading in the direction of the big hedge, some kind person had put seed on the path, which was attracting quite a few Chaffinch.

Next I walked the top track, nothing found till I reached the Flash, which at the moment is looking more like a small lake, here I found another gathering of gulls, again in a mixed flock.