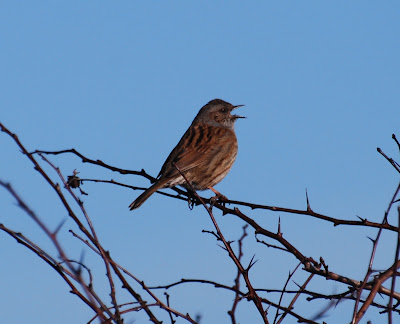 Dunnock singing its little heart out 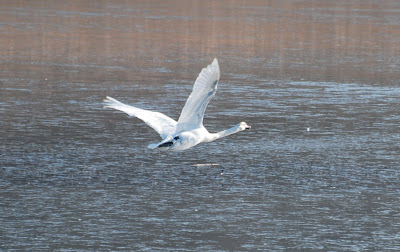 Another bird wearing a ring 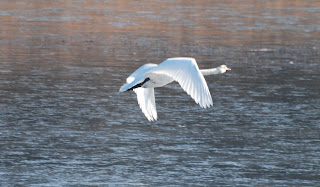 And now the down beat

Had to make the most of the weather today as the outlook for the weekend doesn't look too clever, so it was off to the West coast again in fantastic sunshine and  a clear blue sky. I made my way to Siddick pond as I havn't been there for a while. The small pond was 90% ice , a couple of Swans and a few Mallard keeping the last bit open.There was a mixed flock of gulls on the ice , mainly Blackheaded, also a Heron walking about at the far side too far away for a decent pic.
Next I moved on to the big pond, and the first thing I clapped eyes on was two more Swans and Two pair of Goldeneye. As I made my way along the path there was Dunnock, Great & Blue tits and Chaffinch.
On the rest of the big pond (froze over in places ) there was a good mix of Mallard and Teal with more Goldeneye and more Swans at least one of which was a Whooper.
On the way home I called at the Dubwath reserve , just a few of the usual on the feeders. But on the beck again I found the Dipper , but the pics I got were poor because of  low light. A good day out though.
Posted by Gordon at 21:49 No comments:

A ride out west 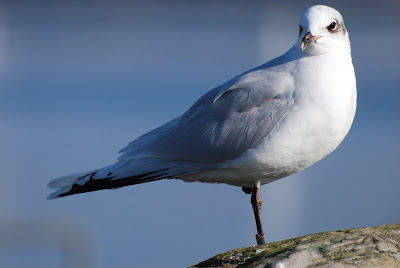 Had a ride over to Workington docks today and took pic. of this gull which as can be seen has a leg ring on. So made an enquiry on BirdingCumbria, and was told the ring details had been sent off twice but as yet no more info. Apparently it was first noted in August 09. 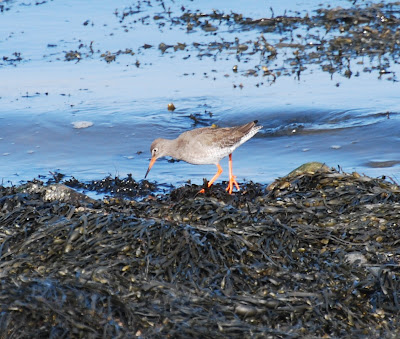 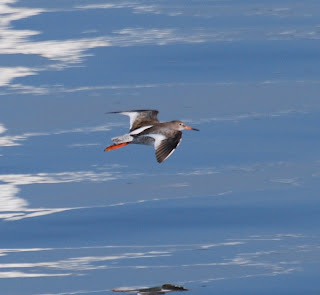 And Redshank on the wing
One of the things I was hopeing to see , after several reports of them being around was Purple Sandpiper. We were in luck as the tide was rising fast but I counted 14 out on the shingle spit, of course there could have been more hidden in weed and boulders. I was quite pleased with the outing as this was a new lifer for me.
Couldn't see anything out on the sea as out there it was quite misty, but other things seen during the trip . Blackheaded Gull, Oystercatcher, Herring Gull, and from the car Buzzard on post , Kestrel hunting.
Posted by Gordon at 21:04 No comments: 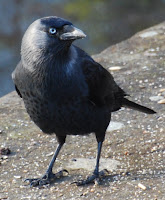 Have been rather lethargic of late and haven't felt like going out much, even when the sun has been shinning the wind has been cutting and I'm allergic to cold. People are whispering things like spring is round the corner, more like a long bend. one or two snow drops although very nice to see doesn't mean here is spring where are my shorts, brrrr even the thought sends shivers. So as can be seen from the pics I've been keeping myself amused watching the birds dropping into the yard, or on the bird table. Yesterday one of the Collared Doves arrived at the bird table quickly followed by its mate carrying a small twig , nudge nudge wink wink. mind you I think they could breed in a freezer. We have still been getting the following; Blue Tit, Coal Tit, Robin, Male and female Chaffinch, about half a dozen House sparrows, and one or two Starlings, and Blackbird, maybe not too bad for the centre of Penrith. And a mention of the Westies for a change , Misty became one year old in January, and Kyfer will be four in May. The two pics of them are the before and after shots, as last Thursday they went for a hair cut , so they look a pit poncey at the moment. Well more snow forecast over the next few days , but hopefully Friday will be fine as Mrs W has got the day off and we can get out and do some real birding, finger crossed.
Posted by Gordon at 12:40 No comments: 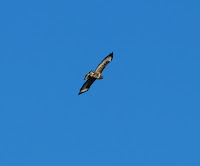 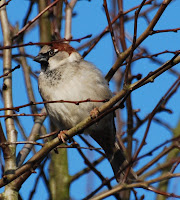 Had a walk round Thacka this morning , a beautiful warm sunny morning after a frosty and misty start.
Starting off along the hawthorns,there was Redpoll, Brambling, Blue & Great tits and Chaffinch. By the cottages a small flock of House sparrows (resident there) . On the flood 27 Lapwing stood on the ice, along with 3 Common Gulls, also 100 Lapwing flew over.There was a good smattering of Crows and Jackdaws about and a lone Buzzard circled over at one point. There was hundreds of Starling flying around and at least 20 to 30 Fieldfare.
Posted by Gordon at 13:47 No comments: