In a previous post I mentioned that I was hoping to get some pics from my Daughter of birds she had photographed on our Florida trip, unfortunately she only took a few, but at long last she has mailed them to me so that I may use them. So with her kind permission here they are, taken on her bog-standered digi camera, and I have to say they ain't half bad. I also have to say at this point that all but one of the pics were taken on the bike ride she went on at Shark Valley.


Now can anyone in Florida, or anywhere ID this snake for us, ID on the net has proved to be a bit fussy.

Thank you Melissa for the pics.
Posted by Gordon at 18:05 4 comments:

Well its back to grafting to get bird pictures, compared to the in your face birding of Florida.
Monday 15, and the forecast had predicted a dry day, but as I set off for Leighton Moss it was raining and blowing a gale, with 50mph signs flashing on the M6. However by the time I had crossed the boarder into Lancashire, the sun was shinning, although the wind was still blowing quite strong.
The following pics were taken from the Eric Morecombe hide. 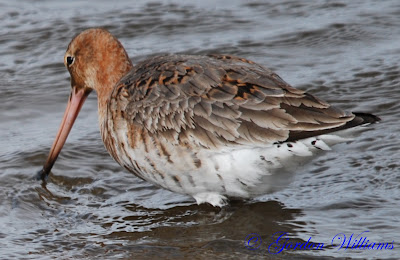 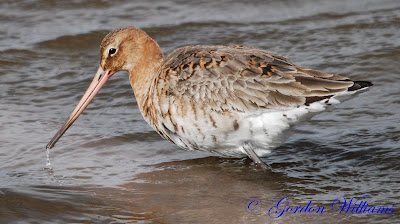 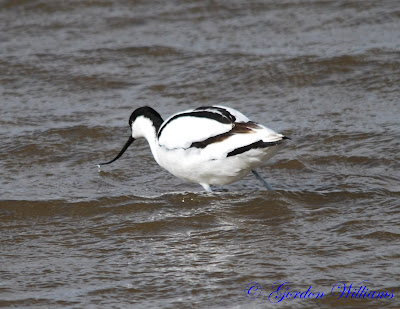 The family has been to Florida for six visits, and one bird that has always eluded me is the Purple Gallinule. Oh there have been some near misses over the years but never an actual sighting. The 2013 visit was to change that big time.
In an earlier post,
" beware-of-vultures-and-other-things," we visited Royal Palm, and while there, I was busy taking pics, when my wife gave me a shout. When I went over to where she was stood, she said she had just seen a bird fly across the water and into the bushes, I started to get exited when she described what it looked like, Purple Gallinule, it must be, but yet again it was not on view for me. we watched and waited for quite some time, with the heat of the day beginning to build, but the thought of moving on, and missing it again, when possibly the bird had been seen by my wife, didn't go down too well. Eventually patience paid off and we started to get fleeting glimpses of the bird. I was firing away with the camera, but it never show enough for a decent pic. However at least I had finally seen one, and I was quite pleased.
Later in the holiday, as seen from earlier posts, we visited Shark Valley, and bingo, as the saying goes "you waite for a bus for ages then loads come at once" and this was the case with the Purple Gallinule.


So it was no longer a bogey bird, and we continued to enjoy good views of it in other places we visited. But the best was still to come.
For anyone that has been following the Florida adventure, you may remember me going on (just a bit ) about Wakodahatchee, well as if to say "we know this is your last day and we want to give you something to think about when the turbulence kicks in on the plane, this is what we saw at Wakodahatchee------------ 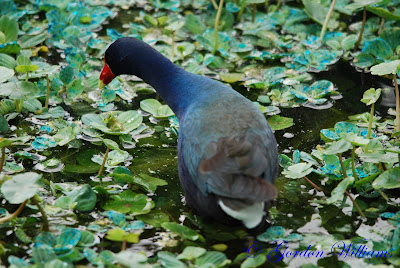 My Daughter has a couple of bird pics, she has promised to share with me, so there may be one or two more Florida birds to show , with her kind permission.
Hope you have enjoyed, thank you for looking in.
Posted by Gordon at 12:00 2 comments: 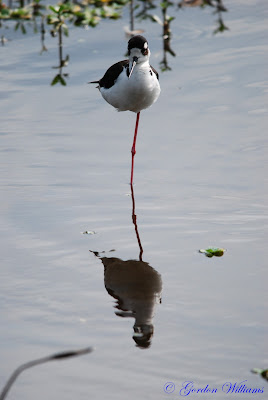 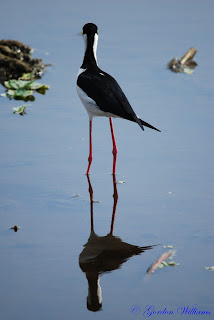 And now sadly, time had run out and we had to leave this wonderful paradise for birds. even if I didn't have the many photos of this place that I have, the name Wakodahatchee ( the name is derived from Seminole Indian language and translates as "created waters" ) will stay in my memory for ever.
Follow this link to learn more about the place   http://www.pbcgov.com/waterutilities/wakodahatchee/what_is_wakodahatchee.htm
There is one more post to come, from our little adventure, then it will be back to struggling to find a bird  that is willing to come within camera distance, back in England. birding in freezing weather, ho joy.
Thank you for looking in.
Posted by Gordon at 12:12 2 comments: 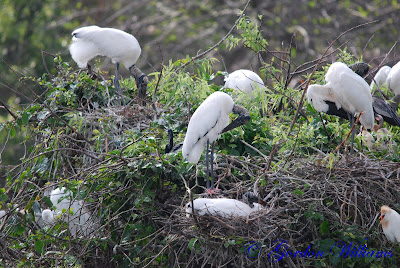 That's all for now, hope you enjoyed.
linking in to Wild Bird Wednesday, just follow the linkhttp://paying-ready-attention-gallery.blogspot.co.uk/
Posted by Gordon at 20:58 14 comments:

Herons and Egrets at Wakodahatchee

One of the things I found amazing about this place, was the way different species where nesting in such close proximity to each other, large side by side with small. 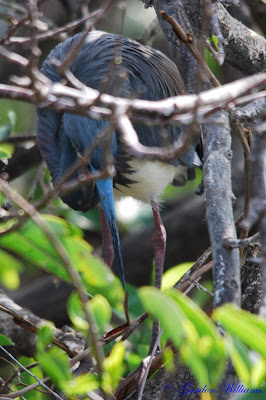