Been having a wander about this last few days, one day I spent  a bit of time over at Bassenthwaite Lake.
I had a count of 18 Mute Swans, 17 Greylag Geese, 1 Heron, 2 Goosanders, numerous Black-headed Gulls, a Lesser Black-backed Gull and a few Common Gulls.
Spent some time on the Isthmus with Les but nothing much about apart from hoards of gulls and geese being fed by tourist over by the boat landings.

On our patch, there has been good numbers of Lapwings on the Flash, although this morning Mallard far outnumbered anything Else, but Lapwings have numbered well over 200 at times.
Roy has had a least 3 sighting of Kingfisher,  twice on the Thacka beck reserve and once on the Pond close by. Also Lesser Whitethroat which is a new addition to the patch list.
The one thing that concerns me at the moment is the fact that I have had no sightings of  Buzzard for a long time, and there was always one or two about. In fact in a previous post a couple of years back now, I mentioned the fact that I had 6 overhead at the same time, and pics to prove it. I'm wondering if someone is shooting or poisoning them. very sad if this is the case.

This could be interesting 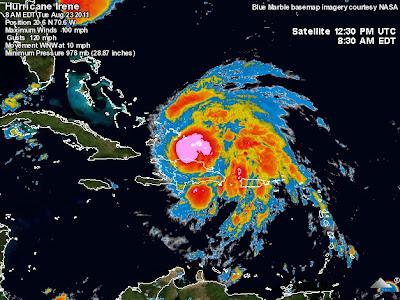 This is looking very angry already and its only cat. 2 at the moment, but they are predicting cat. 4 by the time it hits the US East coast.
On the home front over 200 Lapwings on the flash this morning viewed from a distance as gypos are still in residence. Also Starlings beginning to move around in large flocks, not long now before they start heading for the usual roosts, if not already.
Posted by Gordon at 14:08 No comments:

South of the border

The forecast looked good for today , and when I opened my eyes first thing the sun was already streaming through the window. So it was out of bed as soon as, breakfasted, took the Westies for a quick walk, threw all the gear in the car and set off South of the border, Lancashire to be exact.
I made my way to Leighton Moss and after parking the car in the lay-by near the causeway I strolled along the causeway at a leisurely pace enjoying the warmth of the sun. From the Public hide there was approx 16 Greenshank on the rocky island with a few mallard, and the usual mixture milling around the rest of the mere. A Marsh Harrier took to the air at one point and floated lazily above the reed bed.
Next I made my way over to the Eric Morecambe hide, and for most of the time had the place to myself. there was a good number of Lapwings on, possibly over 500. 1 Greenshank. 1 Spotted Redshank amongst the many Redshank. And 5 Little Egrets putting on a good show. Again a Marsh Harrier could be seen at a distance quartering the marsh. 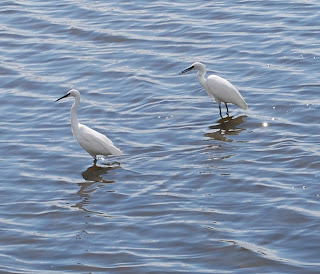 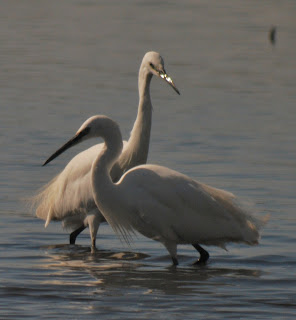 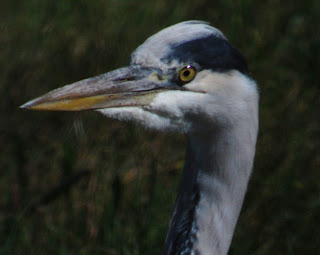 Just as I left Leighton Moss the sun went in, not good, as I was heading for Arnside knot in the hope of finding some butterflies. luckily by the time I got there it came out again so all was good with the world.
After  a bit of a stroll around, I finally caught up with Scotch Argus, but as can be seen from the pic it was getting past its sell-by date.

Had a walk round the new reserve this morning, but as can be seen just gulls occupying most of the reserve. There was three juvenile Moorhens but that was about it, apart from  the Swallows and Martins touching the water for drinks or insects.
Up at the Flash a few Mallard and approx. 200 Lapwing. The sun was out and it was a beautiful morning, and yet there was a dearth of butterflies.

The weather has taken a bit of a dive at the moment, a bit cooler of late and yesterday was pretty soggy, today a slight improvement but not enough to tempt me out other than taking the Westies for a walk.

Nothing happening on the flash apart from a good build up of Lapwings and a few Mallard. On Thacka Beck reserve its very similar, but with gulls and crows the dominant birds,

Sometimes I walk the Beacon but there is usually not a lot about, but on my last visit there was 2 juvenile Buzzards flying from tree to tree, while above them what could have been the parents trying to persuade them out of the wood for some soring practice.


Hopefully the rain will clear out again and give us a chance to get out.
Posted by Gordon at 17:13 No comments:

In and out of the gulls

As I said in an earlier post the patch is pretty quiet , apart from a few Swifts , Swallows and House Martins, Most people are keeping away from the Flash as the place is heaving with gypos.

Went over to Keswick yesterday and spent the day on the Isthmus with Les. The day was overcast, so not a lot moving about.

I was surprised there was anything about, because as well as being overcast, there was a stiff breeze blowing off the lake. At one point there was a good flyby of Greylags, but at that point I had already put the camera in the car and was preparing to leave.